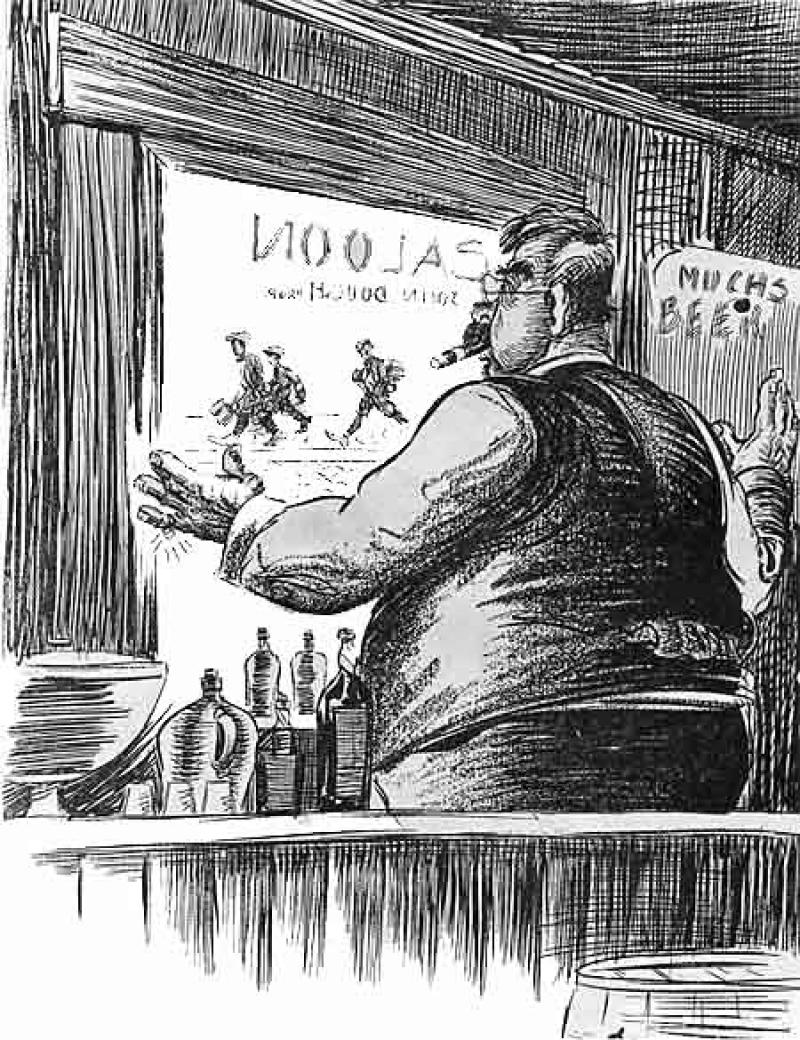 The prohibition movement in general, and the Anti-Saloon League in particular, were effective in developing propaganda persuading Americans to support the dry cause. This particular cartoon illustrates a central message of the League: that the liquor trades are interested in having more people drink, and those who drink, drink more. Especially important, in this view, was the work of saloon keepers to corrupt American youth into the dissolute life of drink.

There was nothing subtle about this cartoon image, or about the dry propaganda message. Here the saloon keeper is well fed--notice the name of this proprietor written on the glass is John Dough-with a large jewel glistening on a ring finger. As he smokes a cigar, he is looking longingly out of the saloon window at the boys walking with their school books.

The cartoonist Frank Beard was a favorite of the Anti-Saloon League. Beard had an uncanny knack for capturing the essence of the dry propaganda message, and the League reprinted his cartoons in its own publications.

Mobilization for the First World War also offered American drys new arguments for their cause.