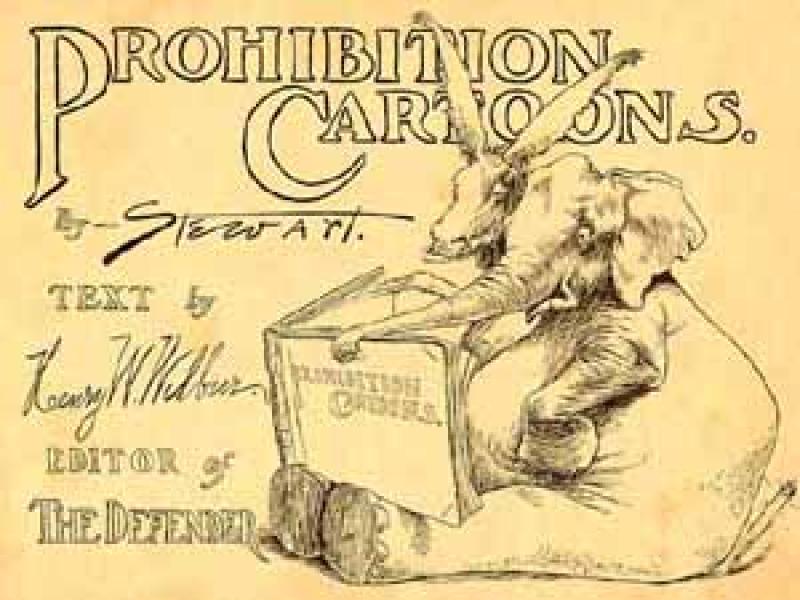 The Prohibition Party functioned as a full-fledged organization, offering candidates for offices at the national, state, and local levels. It reached the peak of its influence in 1884, when in New York state the Prohibition Party presidential candidate polled enough votes to insure that the Democrat, Grover Cleveland, carried the state and the electoral college. The party reached the peak of its vote in 1888 and 1892 at just over 2 per cent of the popular vote total.

The Prohibition Party suffered from internal divisions. One faction favored the "narrow gauge" approach, with the party stating its position on the liquor issue and ignoring other issues. A second faction favored a "broad gauge" approach, offering positions on a full range of national issues in an attempt to build a larger coalition in support of dry candidates.

The cartoons in this collection come from Prohibition Cartoons published in the early twentieth century on behalf of candidates in New Jersey in 1904. The book was published in New York by The Defender Publishing Company.