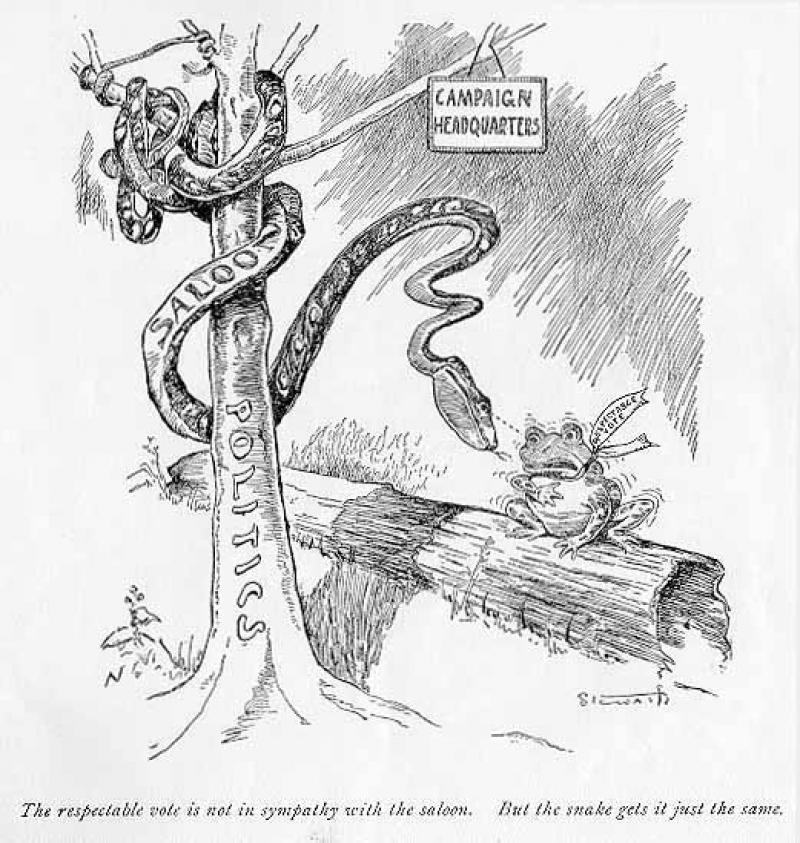 The respectable vote is not in sympathy with the saloon. But the snake gets it just the same.

"Sitting on a log, and cordially sympathizing with temperance and morality, is a condition on the part of the respectable voter which is quite satisfactory to the saloon snake. While the voter lines up with a license party his snakeship gets a political mouthful, and increases in sleekness and fatness at every election.

The only way for the frog to save himself is to back up his sympathy for Prohibition, and his professed lack of sympathy with the gin-mill with a Prohibition vote. When he does that the snake will die of starvation."