In the early twentieth century, the Russell Sage Foundation sponsored a survey of the Pittsburgh district in order to ascertain social conditions in that then important steel-making center.

The survey observed saloons in the mill town Homestead.

Homestead: The Households of a Mill Town, Volume 4 of The Pittsburgh Survey, 1910.

This text was taken from pages 112-113, from the chapter titled "Of Human Relations."

I have already noted that in this community of 25,000 there are over 50 saloons and other drinking places, ranging from "speak-easies" to the conventional bar-rooms with plate glass and bright lights. It was no part of my study to investigate the ownership or police surveillance of these establishments, the profits gathered in on pay nights, or the intoxication which, as we have seen, the courts prove so ineffectual in controlling. As places of relaxation, they fill a need not otherwise supplied. The Carnegie Library has a gymnasium and clubs, but, except for the saloons and the club rooms of one or two fraternal orders, there are no free and easy lounging places for refreshment and friendly intercourse. The Slavs bring much of the liquor they buy home and drink it sociably there, many of them being heavy drinkers. The budgets gave no basis for a conclusion that English-speaking Homestead men are hard drinkers. My inquiries naturally lay among men with families rather than among the unattached ones, who are the constant tipplers in all towns. In the homes on the hill streets I heard almost no complaints that men were drunkards, though many men undoubtedly, in good times, spent money that way that was needed for the household budget. An old resident said that among the older stock he could name perhaps a half dozen men known as drunkards in the town. With hot work to whet thirst, and with the natural rebellion of human nature against the tension of long hours, the liquor interests have exploited the needs of the adults for recreation and refreshment. It is true that they have not really met that need, and have exploited the opportunities they offer; but it is equally true that the need is met in no other way. 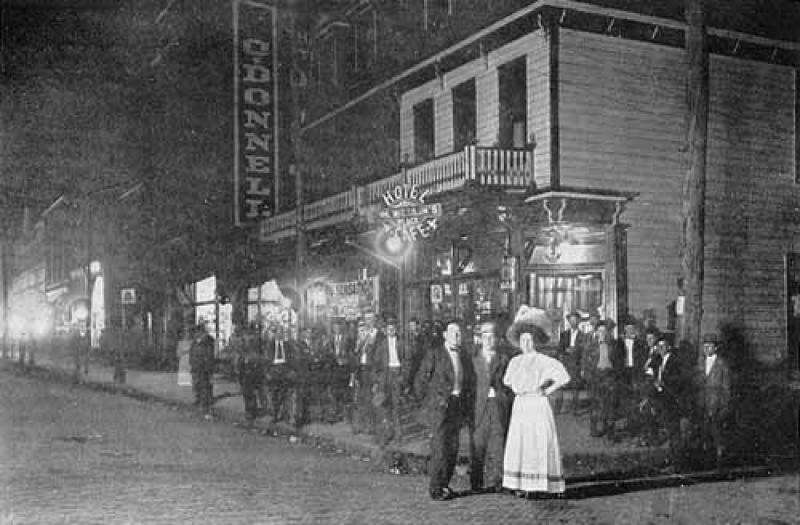 Taken from Volume 4 of The Pittsburgh Survey, titled Homestead: The Households of a Mill Town.