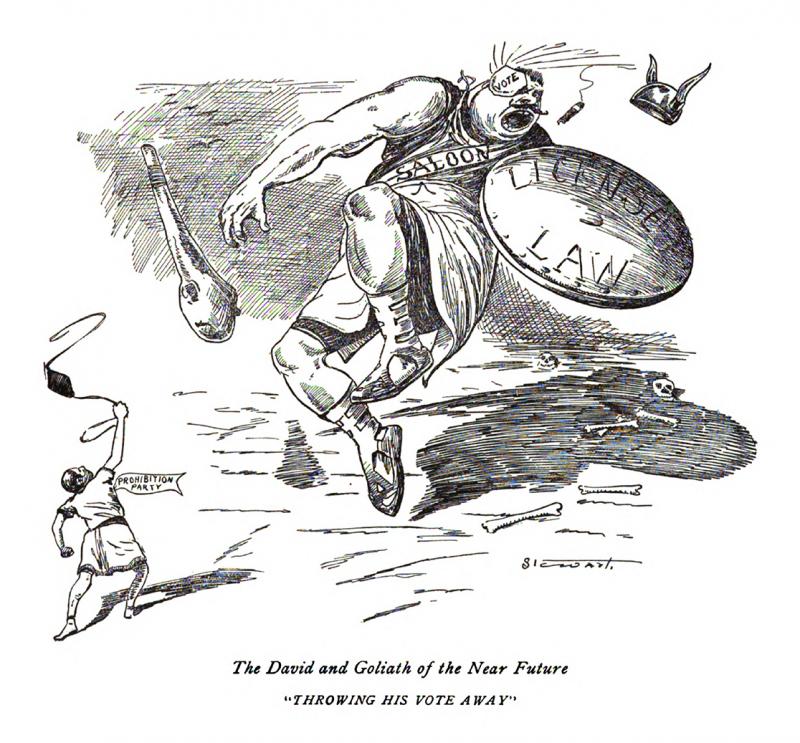 "To one who has given a moment’s consideration to the matter doubts for a moment that the liquor traffic is a Goliath. It has all of the giant of Gath’s characteristics. It is big, brutal, insolent. It fancies that it can defy the civic armies of the living God, and up to date it has succeeded in doing so.

This is not so because the giant is invincible, but for the reason that the army has been individualized, indifferent, indolent. Whenever the good men all turn Davids, and throw the right kind of pebble at the head of the giant, the land will be freed from his dominion.

A vote this fall for the ticket containing the names of Swallow, Carroll, McKee and the rest, will hit the giant where he lives, and pave the way for his final taking off.

Every citizen may be a David. The time to be one is at the ballot-box."