Ohio, the birthplace and home of the Anti-Saloon League, proved to be one of the most closely contested states on the prohibition issue. Although the League had succeeded in obtaining authority for counties to declare themselves dry through referenda, the enactment of a state-wide prohibition law proved elusive. The opponents of prohibition were always well financed, and in Ohio the brewers poured money into skillfully led efforts to beat back state-wide prohibition. The drys fought year after year to persuade Ohio voters to support prohibition. They were finally successful during the First World War, narrowly losing a referendum in 1917 but carrying the day in 1918. Ohio Dry Campaign photos below are from those campaigns to achieve prohibition in the state of Ohio. The photographs show an effort that was itself well financed and well organized, with a very visible presence in more than one of the state's cities. Similarly, the offices show an organization with much support and workers dedicated to their cause.

We offer separate pages of examples of dry propaganda used in Ohio in 1918. 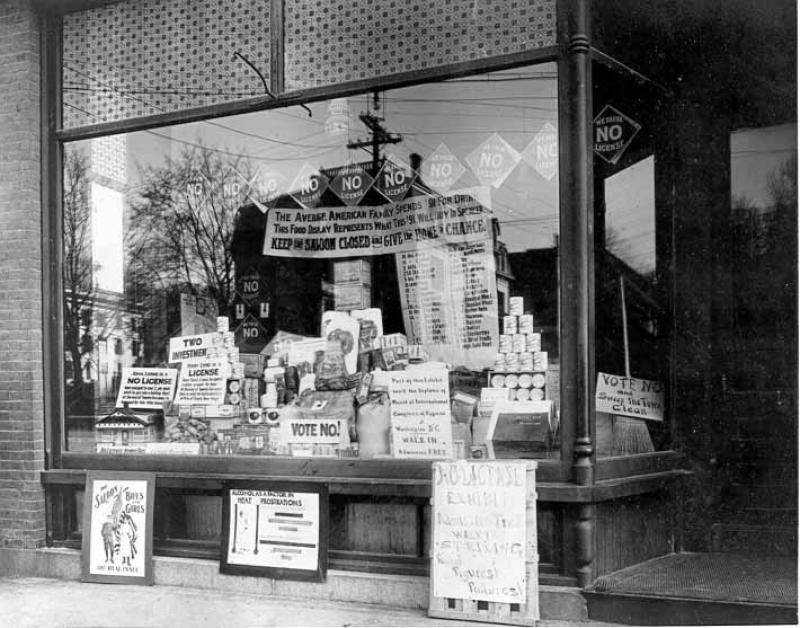 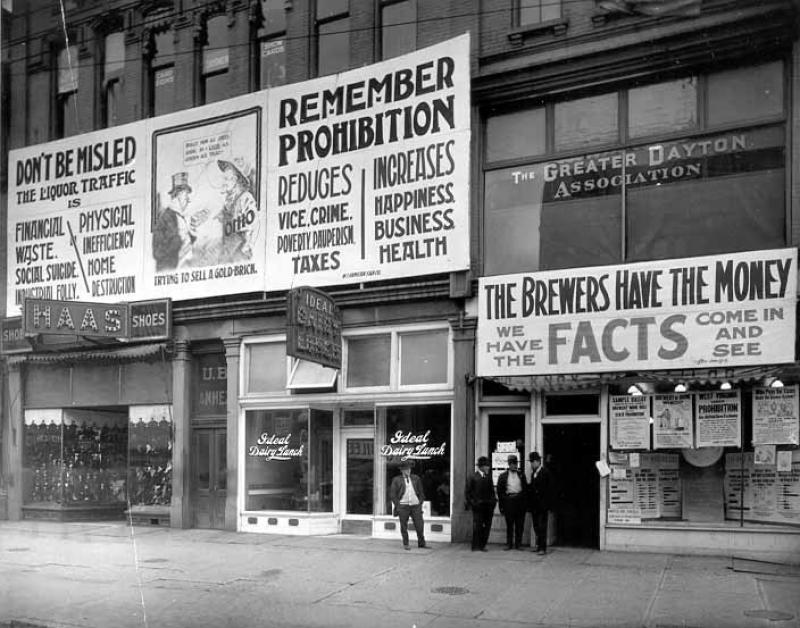 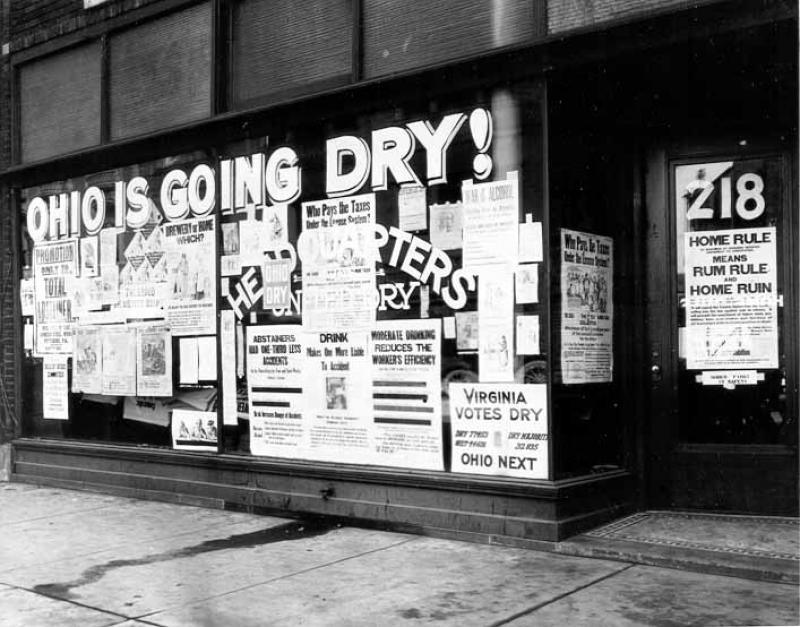 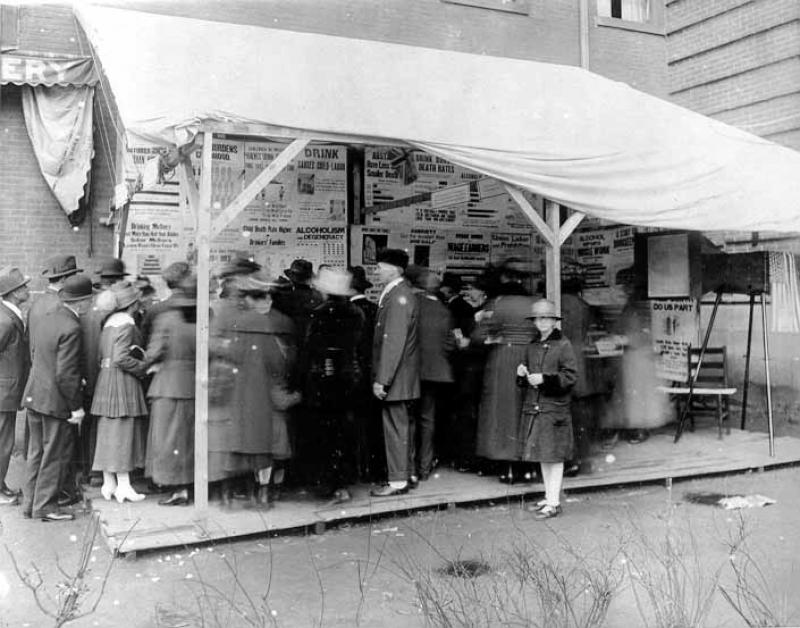 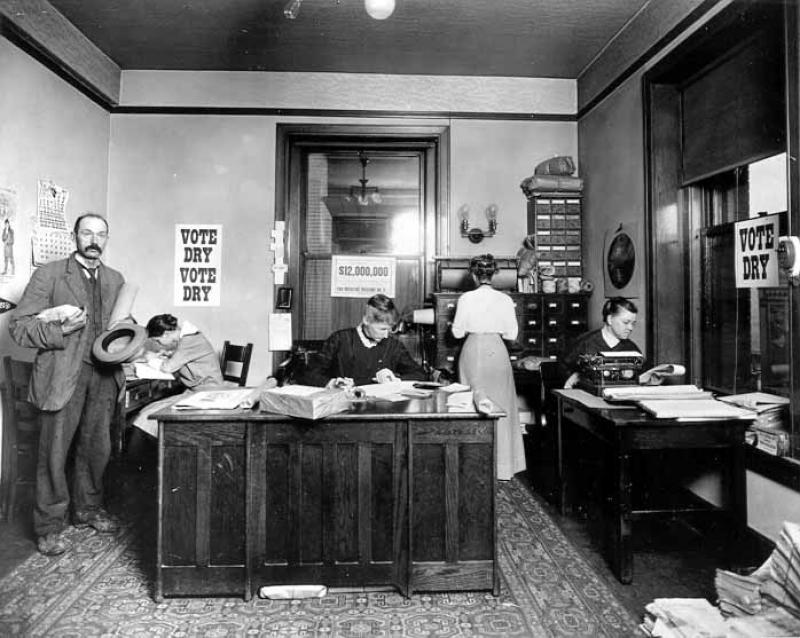 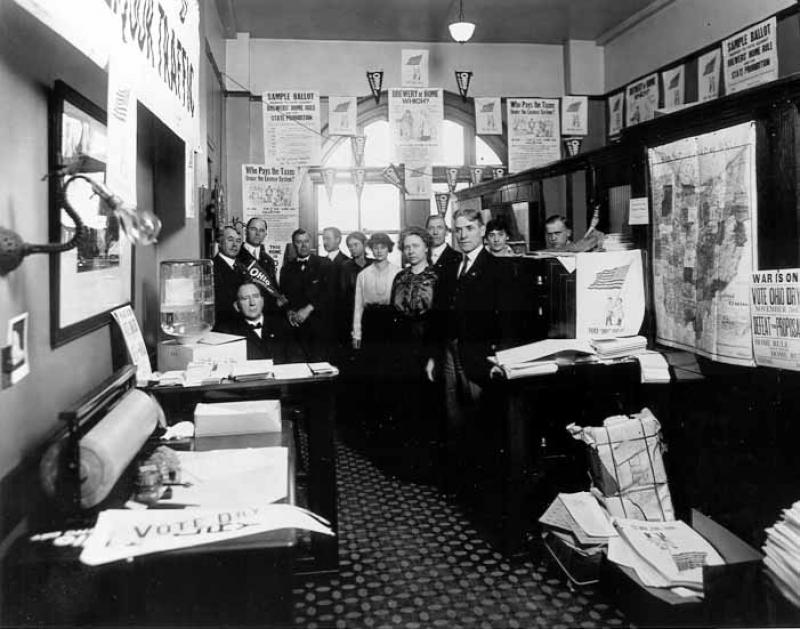 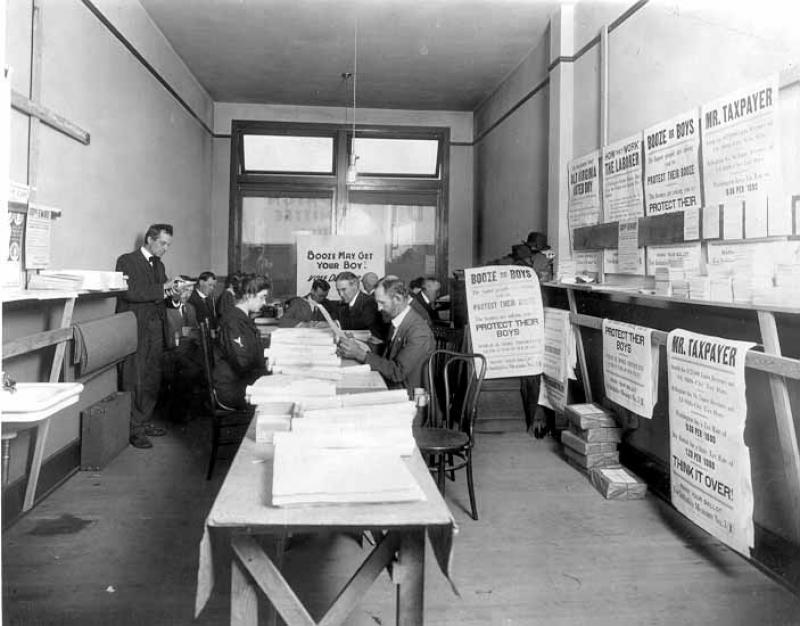 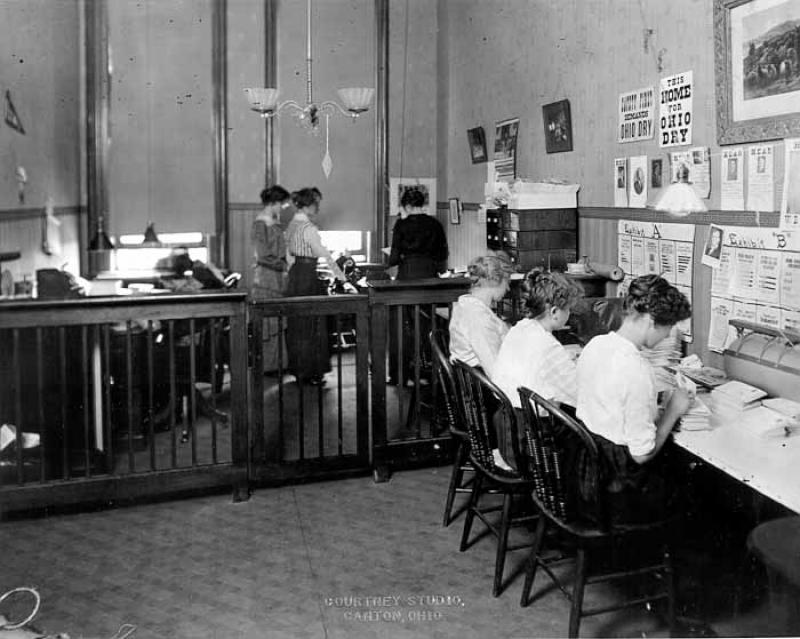 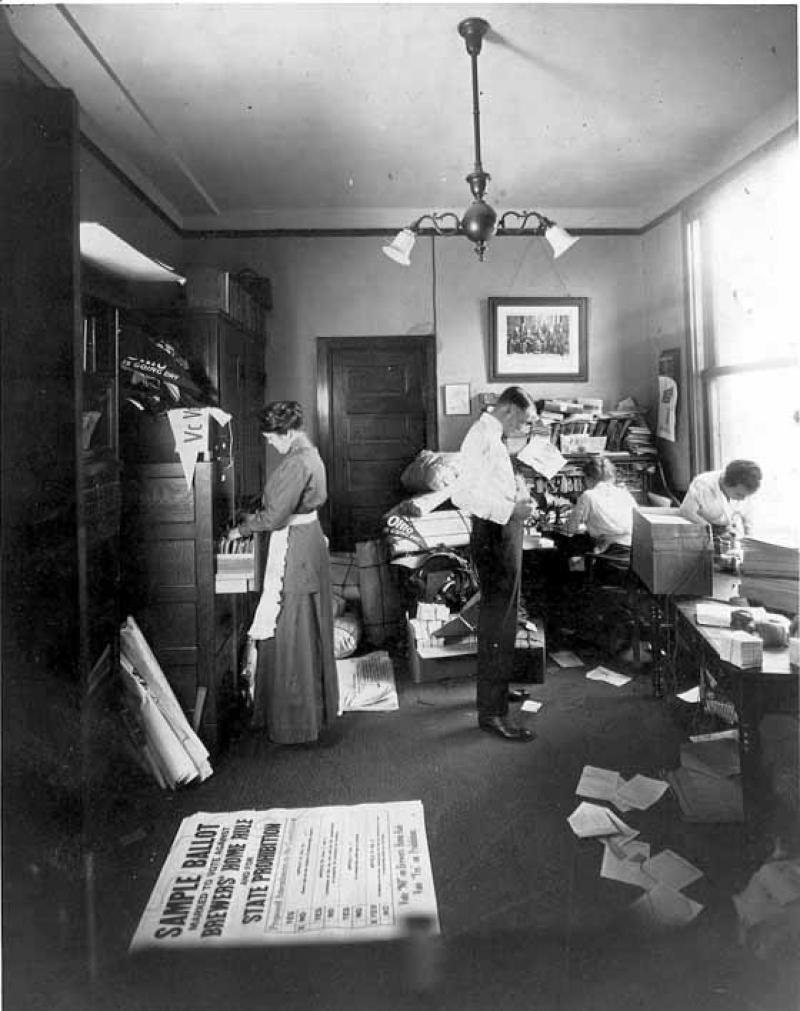