Over the years, the prohibition movement developed numerous arguments on behalf of closing the saloons, breweries, and distilleries. The Anti-Saloon League became a substantial propaganda organization, with tens of thousands of volunteer speakers, millions of pages of pamphlets, magazines, newspapers, and books. (The American Issue Publishing Company was the League's business arm for its publishing operations.) The League promoted medical and social investigations of the use of beverage alcohol, and it affiliated with other groups, such as the Scientific Temperance Federation, to promote advanced knowledge about the problems associated with the liquor trades.

In the 1890s, as the League was getting started, Frank Beard was one of its favorite cartoonists.

Beard was a dedicated dry. 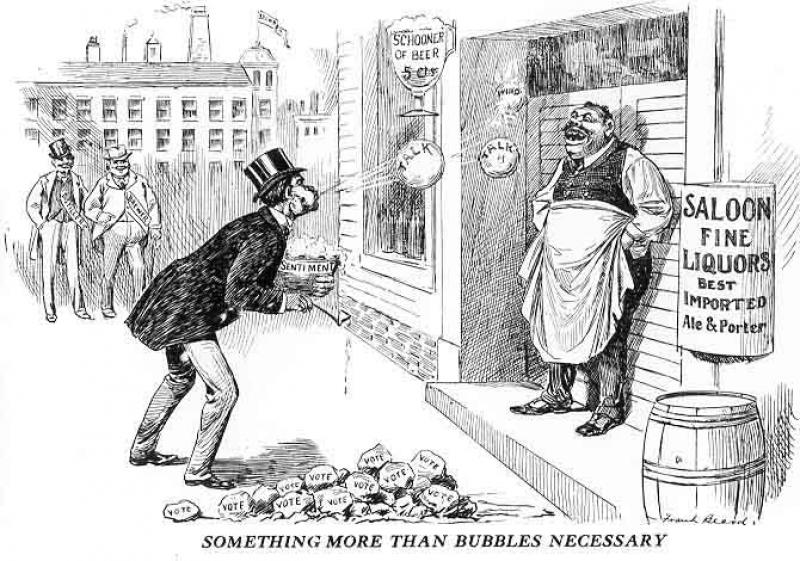 Frank Beard expressed the frustrations of many American drys in this cartoon. Just talking about the problems of the liquor traffic was in adequate. Dry votes were necessary to stop the taunting of the saloon keeper and the laughter of the distiller and the brewer.