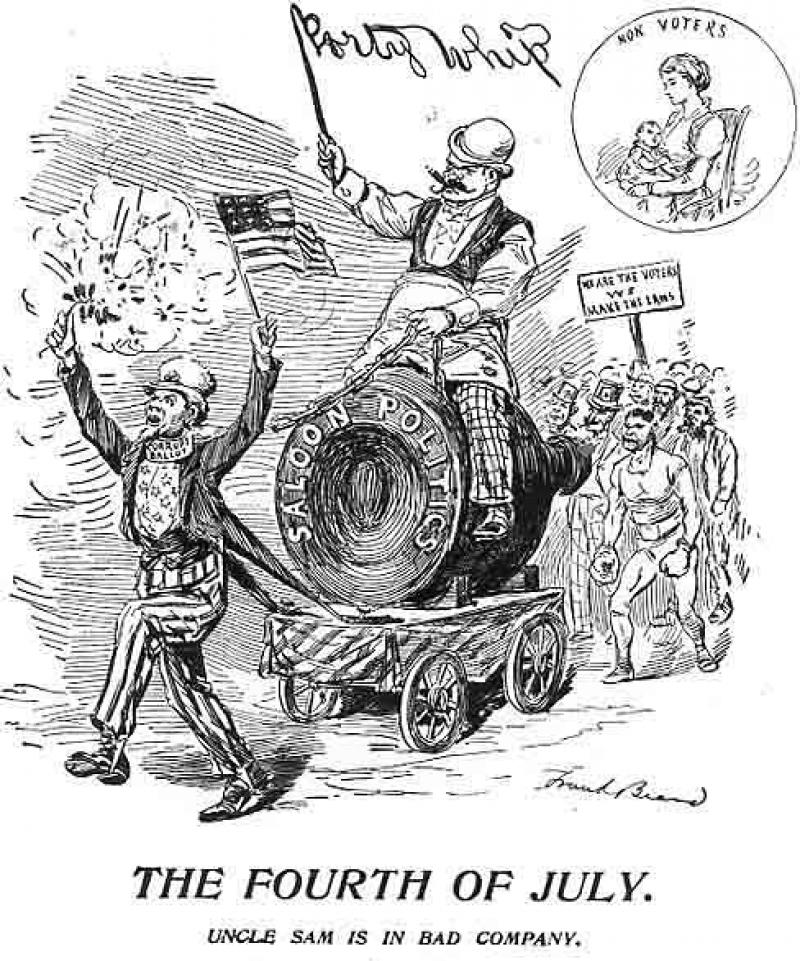 The drys observed the saloon interests corrupting politics in numerous ways. Here Frank Beard shows "saloon politics" controlling the political party and driving the corruption in voting, while in voteless, angelic mother is looking on.

(Although in a Wyoming and Utah women could vote in the 1890s--and in some other places vote in local or school elections--American women did not receive suffrage nationally until the 19th Amendment, which went into effect in time for the 1920 elections. Dry supporters often advocated women's suffrage.)