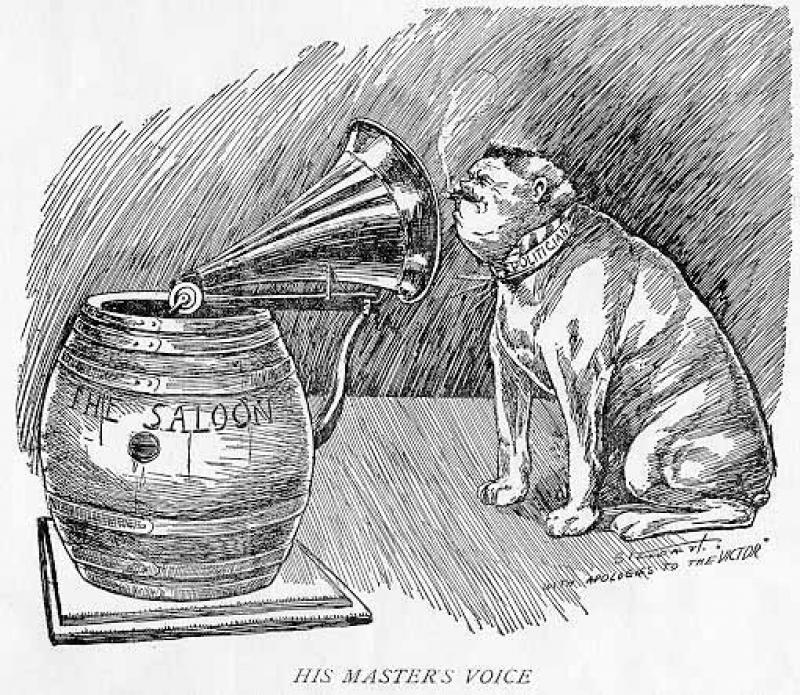 "The cartoon speaks not a varied but a vigorous language. That the 'master's voice' is potent in politics needs only a brief citation to demonstrate.

The saloonist's voice whispered in the ear of the Democratic politicians in New York, and two brewers and one distiller were dropped on the Democratic electoral ticket in this State. The voice had previously prompted the Republican legislators, and no improvement was made in the iniquities of the Raines law.

The master got in his siren's song in Ohio, and the g. o. p. sneezed whenever saloonist George B. Cox took snuff.

The 'master's voice' got in its fine persuasion in Washington, and the Hepburn-Dolliver bill was first emasculated in committee, and then laid over in the Congressional death-house."