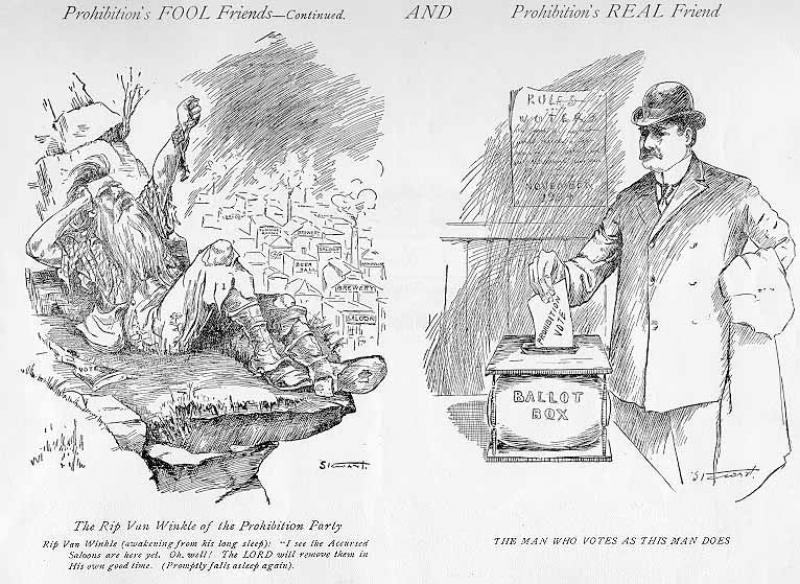 Prohibion's FOOL Friends--Continued.
The Rip Van Winkle of the Prohibition Party
Rip Van Winkle (awakening from this long sleep): "I see the Accursed Saloons are here yet. Oh, well! The LORD will remove them in His own good time." (Promptly falls asleep again).

“In fact millions of the best men in the country are not with us. Our business is to get them. We shall not do it by pitching into them. The real friend of the party among the faithful keeps sweet.

There are not a few who stand around idle, or who are among the party’s worst critics, when the fight is over, and the victory won, will come up smiling, as did the fellow in the cartoon, and say, ‘Just see how me and Betty killed the ba’r.’ We can stand that, however and can afford to be glad for the results, no matter who claims the credit of obtaining them.

The real friend of the Prohibition Party is he who persistently and intelligently votes its ticket, and then as intelligently persuades his neighbors and friends to do likewise. Getting new voters is essential to the growth of the party. Be wise and be a vote-winner.”