Frances E. Willard was a major figure in nineteenth century America and, indeed, the entire English-speaking world. After her death in 1898 her admirers placed her statue in the United States Capitol Building. 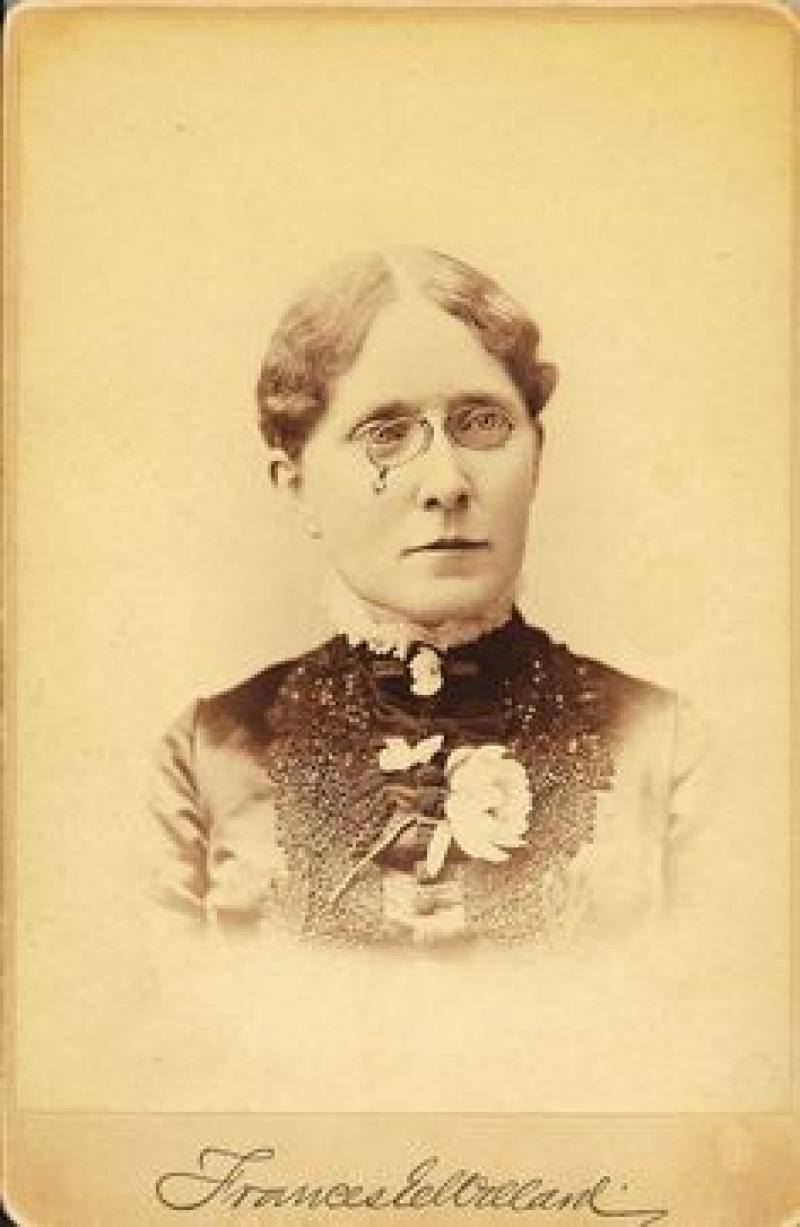 The Microsoft Bookshelf provides the following information about Willard (except that it makes the common error with the WCTU, which is the Woman's Christian Temperance Union-showing that you cannot always trust a statement to be accurate just because it is in an encyclopedia! Another error: Willard did not help found the Prohibition Party, which dates to 1869 and is the longest lived minor party in American history; however, she did align the WCTU with the Prohibition Party.):

Willard, Frances, 1838-1898, American educator and temperance leader; b. Churchville, N.Y. She believed women could gain political power through the temperance crusade. As president of the Women's Christian Temperance Union, she supported women's suffrage. She helped found the Prohibition party (1882) and wrote Women and Temperance (1883).

You may read a speech by Willard delivered in 1891 (and taken from the Library of Congress server) to an "umbrella" women's organization that was fostering what historians are now calling "women's political culture." We offer it in an edited version, somewhat shortened, here or as a