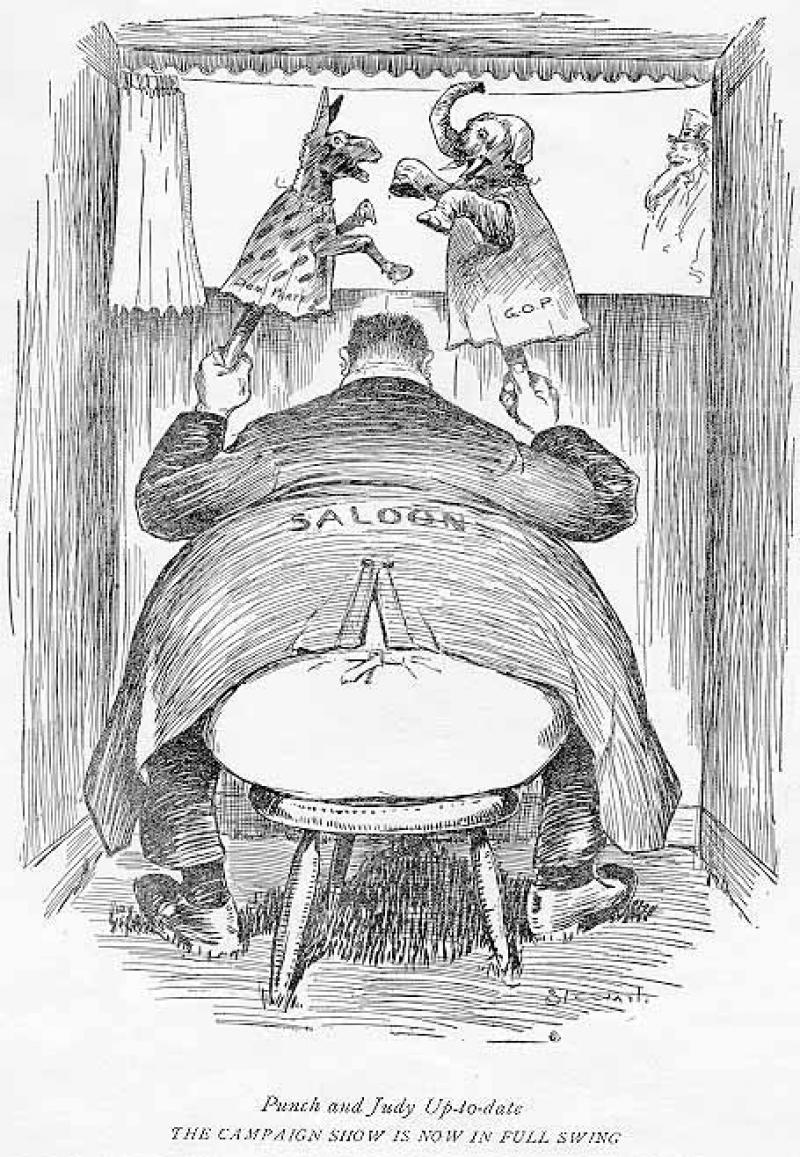 "There is a good deal of the serio-comic in a Presidential campaign. The hysteria of the party leader, who frightens the citizen with the notion that the country will go to the dogs if the party does not win, deceives a whole lot of people, if not the very elect.

A peep behind the scenes reveals the character of the “Punch and Judy” show, with the saloon playing both parties as a pair of dummies. Whichever party wins the gin-mill stays, and the saloonist smiles at the success of his show. Inwardly he rather despises the wit, or lack of it, which fails to “catch on” to his little game.

The citizen may expose the show and balk the game by voting the Prohibition ticket."