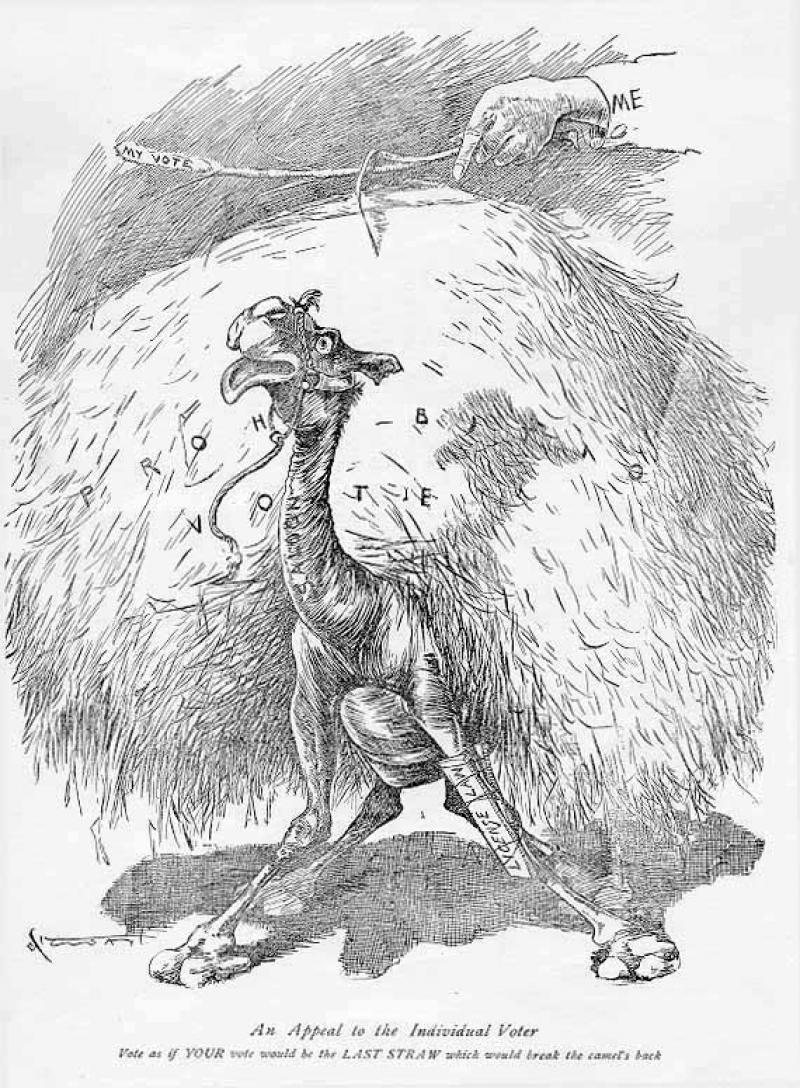 "The saloon has been able to stand up and keep going under every system devised for its so-called-restriction and pretended regulation.
It even stands and thrives on a certain amount of popular contempt, and is not at all disturbed by eloquent and vehement preachments against its monumental badness.
The only thing that will break the saloon’s back is the Prohibition vote of the constant and consistent citizen. The thing to remember is that the unit of political value is the individual suffrage, for without that there can be no accumulated suffrage."
(from Prohibition Cartoons by D.F. Stewart and H.W. Wilbur, Defender Publishing Company, 1904)