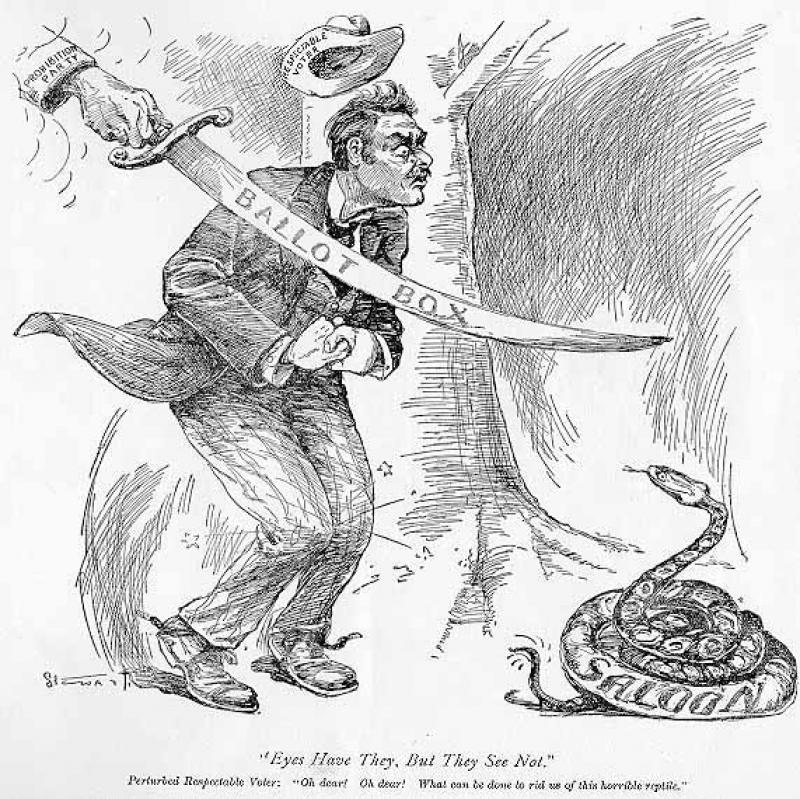 "Eyes Have They, But They See Not."
Perturbed Respectable Voter: "Oh dear! Oh dear! What can be done to rid us of this horrible reptile."

"The respectable voter is terribly afraid of the saloon snake when he sees him. He has been afraid of the snake for a long time, but has done little to disturb the reptile’s comfort.

This voter has suggested lots of things that might be done with the serpent. He has favored fencing him outside the voter’s own dooryard: letting him bite and spit venom for a price, and a whole lot of other things.

When the Prohibition Party has come along proposing to cut off the serpent’s head, the voter has cried, “You can’t do it! He is a necessary evil.” In turn the voter has hated the party nearly as intensely as he has feared the snake.

Still the only “safe and sane” thing to do with that reptile is to kill him."