The Brewing Industry and Prohibition

Brewing became a big business in the latter part of the nineteenth century. German immigrants brought lager beer to the United States, and it proved popular. After 1890 beer surpassed distilled spirits as the principal source of beverage alcohol in the American market.

The technological changes--especially the railroad and telegraph, and mechanical refrigeration--that enabled the growth of "big business" (or, more exactly, vertically integrated firms) in the food manufacturing, processing and distribution industries also allowed some enterprising brewers to build very large firms capable of large production volumes and wide distribution in national and even international markets. Led by Pabst of Milwaukee, Wisconsin and Anheuser-Busch (seen here in 1866 as "E. Anheuser & Co" before it became a large company) of St. Louis, Missouri, so-called "shipping brewers" sought to expand their markets. Even some smaller firms, like Hoster of Columbus, Ohio, shipped beer regionally. 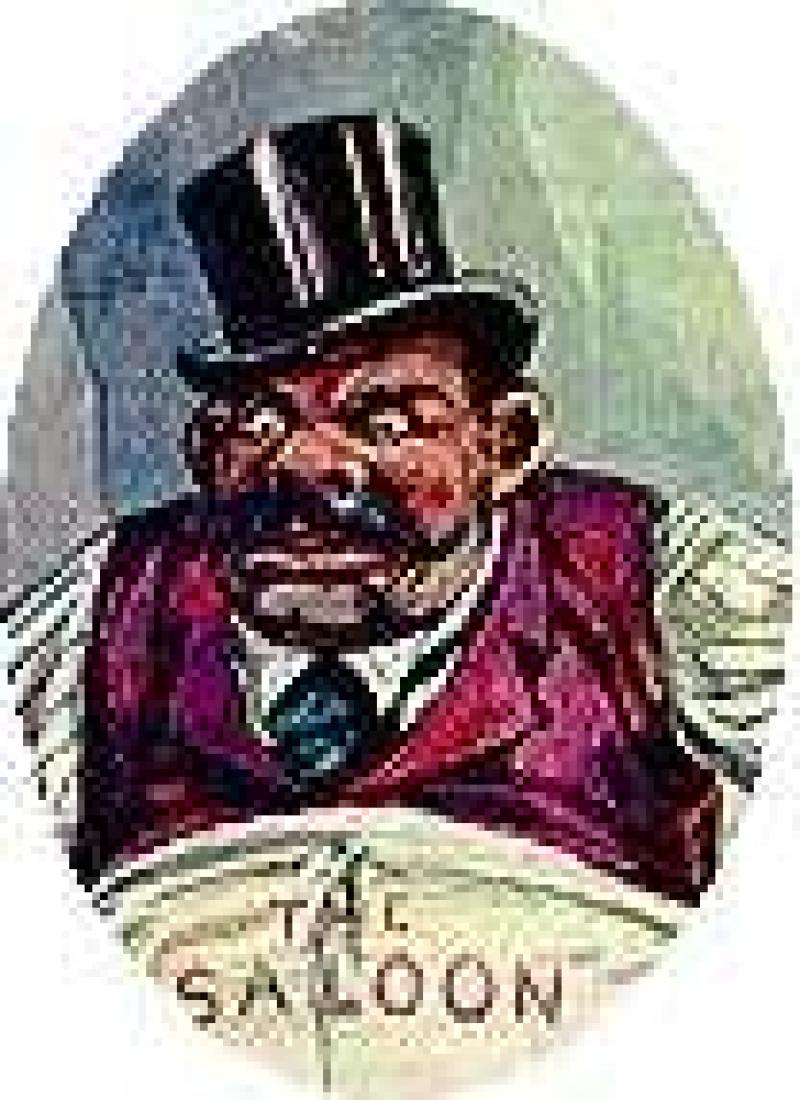 One result of technological and business changes in the American brewing industry in the late nineteenth century was the proliferation of saloons, the retail establishments that sold liquor. While it was practical for a saloonkeeper to keep bottles of competing spirits in inventory, it was not practical to keep kegs of different beers on tap. In penetration markets, the brewers developed "tied houses" in which they set up saloons, financed them, provided signs and advertising paraphernalia, in order to have outlets for their product.

The aggressiveness of brewers trying to expand their retail sales through saloons meant that intense competition sometimes ensued. The number of saloons proliferated; it was not uncommon for towns to have a saloon for every 150 or 200 persons. It was difficult for a saloon keeper to earn a profit in this context. The typical saloon was not an especially attractive place, and the typical saloon was an affront to "respectability." Saloon keepers enticed customers to drink more alcohol by providing salty "free lunches." Saloon keepers tried to entice new customers, including young men, into their establishments. And they engaged in sideline vices in order to make ends meet--gambling, cock-fighting, and prostitution. 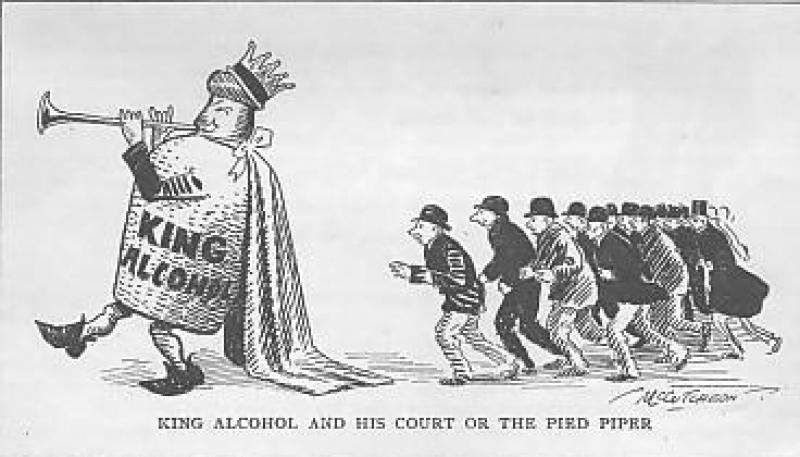 It was no accident that a new prohibition organization formed in 1893 called itself the Anti-Saloon League. This nomenclature was not new, but the new Anti-Saloon League promised to bring business-like methods to political and reform work. The League used the widespread dislike of the saloon among "respectable" Americans to fuel prohibition zeal. 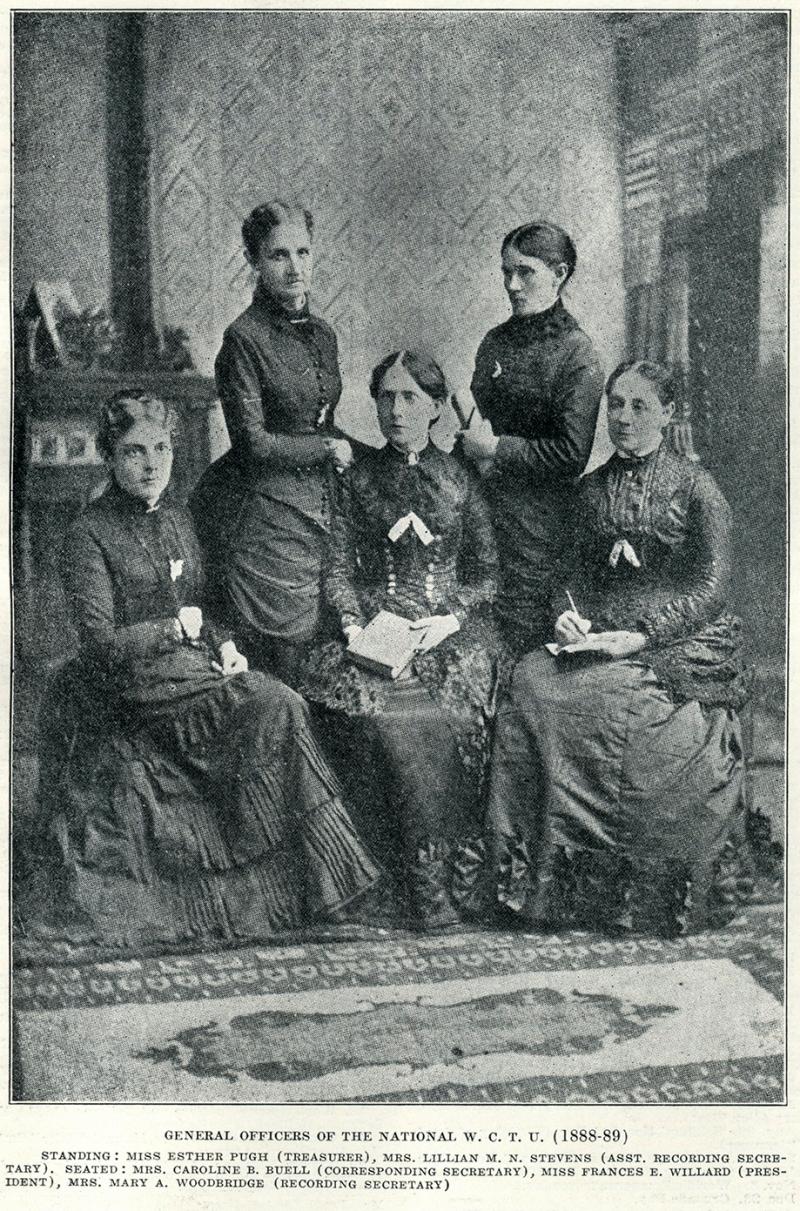 Eventually, the Anti-Saloon League, working with the Woman's Christian Temperance Union and other dry groups, succeeded in establishing prohibition in the American constitution. The Eighteenth Amendment forbad the manufacture, distribution, and sale of alcoholic beverages. Prohibition thus was part of broader impulses in American life during the early twentieth century to regulate business and to enhance public power over private capital to ensure that private investments went for purposes not seen as harmful to the larger community.

Frances E. Willard, was a well-known leader of the Woman's Christian Temperance Union and gave several speeches about prohibition.

In, "A Glimpse behind the Mask of Prohibition," Percy Andreae, who had close ties to brewing interests, touted his anti-prohibition views, while Richmond P. Hobson, a Representative from Alabama showed his support of the initiative. "Mr. Dooley on the Temperance Wave," written by F.P. Dunne, is a humorous essay on temperance and prohibition.