The Saloon in an Illinois Coal-Mining Town

This account of saloons in a coal-mining town in Illinois appeared in a magazine devoted to Protestant missions. The account helps explain the popularity of saloons, and the frequency of appearance even in a small, fairly isolated town. 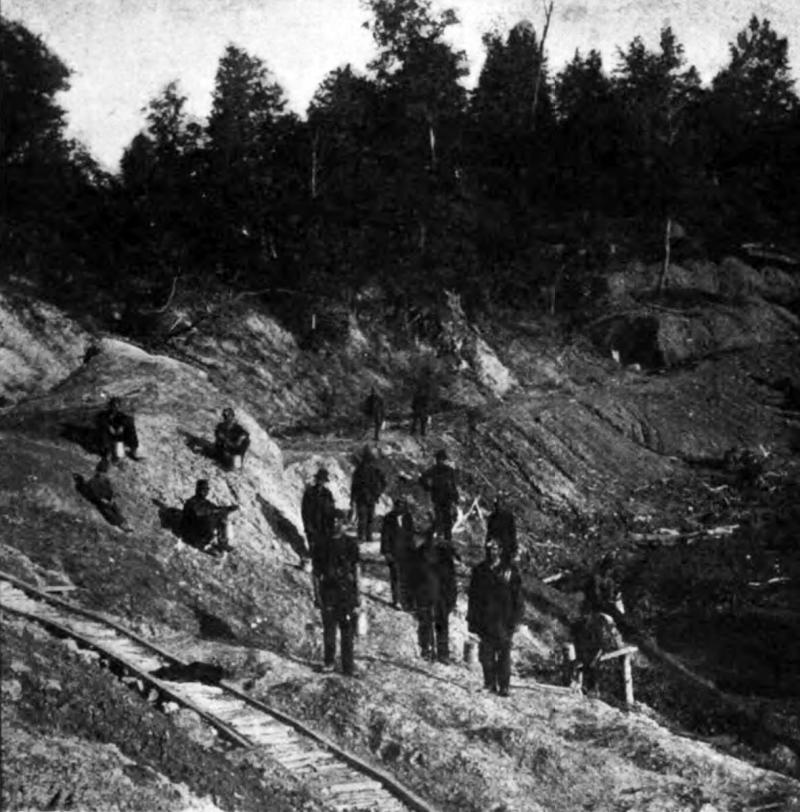 Illinois Miners during the noon hour.

Within a radius of ten miles of Danville there are several mining-towns, Westville and Kellyville being the most prominent. The men who live at a distance from the mines go to work every morning in a railroad car especially run for them by the mining company. It is a dirty, grimy car, inhabited temporarily by as dirty looking a lot of men as can be found outside the realm of "Dusty Rhodes" and " Weary Walker." Every man of them carries his pipe—a dude with a cigarette would be ridiculed in Polish, Swedish, Russian, and murdered English, and would probably be compelled (like chimneys in the East) to consume his own smoke. It seems as if every man's ambition is to have a pipe more disreputable looking than those of his neighbors, and when all are smoking in concert it is difficult to tell on which end of the train is the engine. The same scene is repeated in the evening, and a rush is made for the saloon the moment the railway car door is opened and its coal smeared passengers are back from their day's toil in the bowels of the earth.

"'Tis mighty easy to preach temperance," said a Westville miner, discussing the saloon question and the miner one day, " but it's the only decent place we fellows have to go. We have a newspaper to read, another fellow to argue with, and we can put our feet on the table and eat all the free lunch we want. We have a blooming fine fiddler who plays for us—say, wot's a fellow livin' for—all work ? Some of us ain't got no wives, and them that has—oh, say! Story books is all right for love stories, but I've seen enough of that sort o' lousiness among the miners, an' I know better'n blamin' the fellows wot doll's go home.

One saloon for about every 60 inhabitants 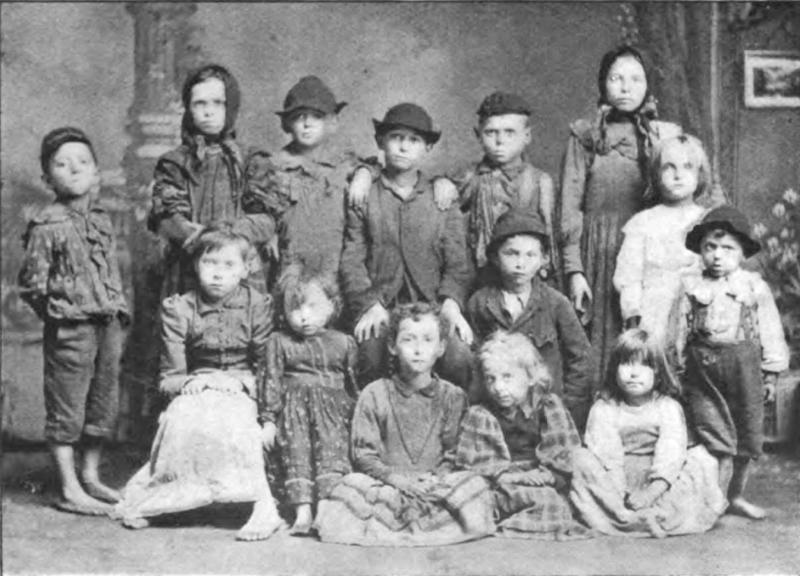 Presumably Children were not important customers for the saloons.

"Westville is a small village of less than a thousand inhabitants, but it has sixteen saloons—there is an awfully dead sameness about the place; dirt, squalor, and the houses all shaped alike, of the same size, fashioned according to the same utilitarian and unartistic principles, and all owned by the mine owners. Since the formation of a miners' union the men only work eight hours a day and receive fair wages. The miners (those who dig for the coal) average about $2.50 a day, while the rock men, timbermen, cagers, and trackrmen get about $2.10. Accidents are so frequent that a miner's wife said to me: " A natural death is such a strange thing here that when one hears that So and-So is dead, they ask at once, 'When was he killed?'"