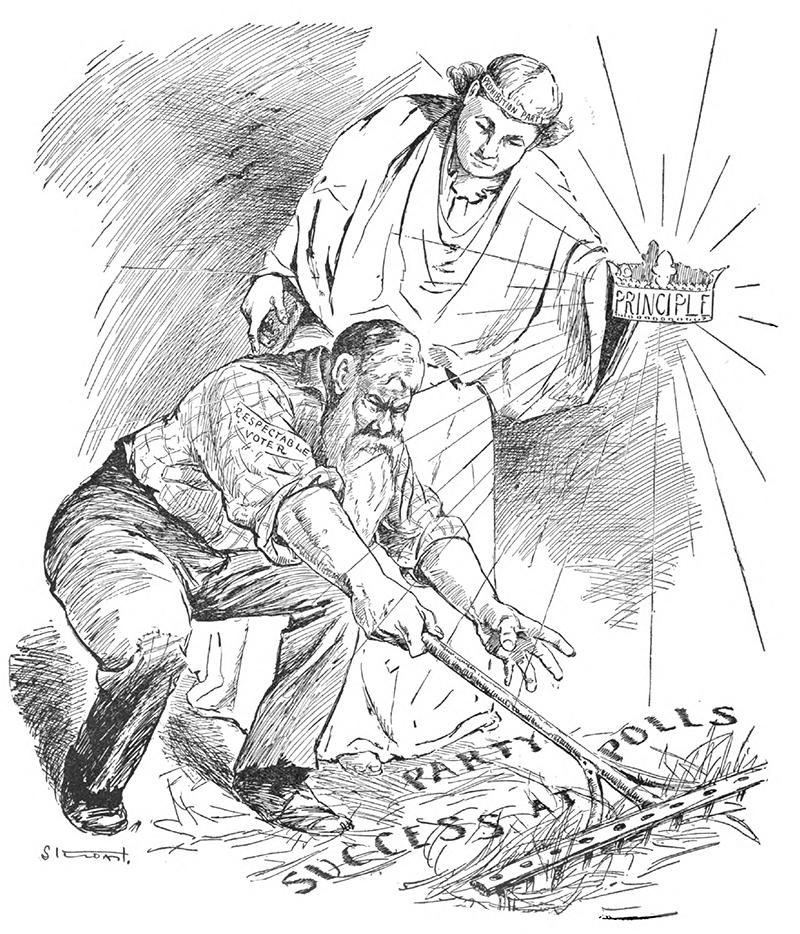 “Many a man whose political hindsight is superior to his foresight spends his civic strength raking the muck heap for party success, when he might wear a crown of principle and political righteousness which will not fade away.
He thus misses the crown within his grasp, and what is more, helps to postpone victory for many a good cause that only needs force of numbers to make it successful.
Mere party victory is often defeat for the man who votes for it.
Nothing so becomes the citizen as the crown of principle and civic righteousness.”
(from Prohibition Cartoons by D.F. Stewart and H.W. Wilbur, Defender Publishing Company, 1904)