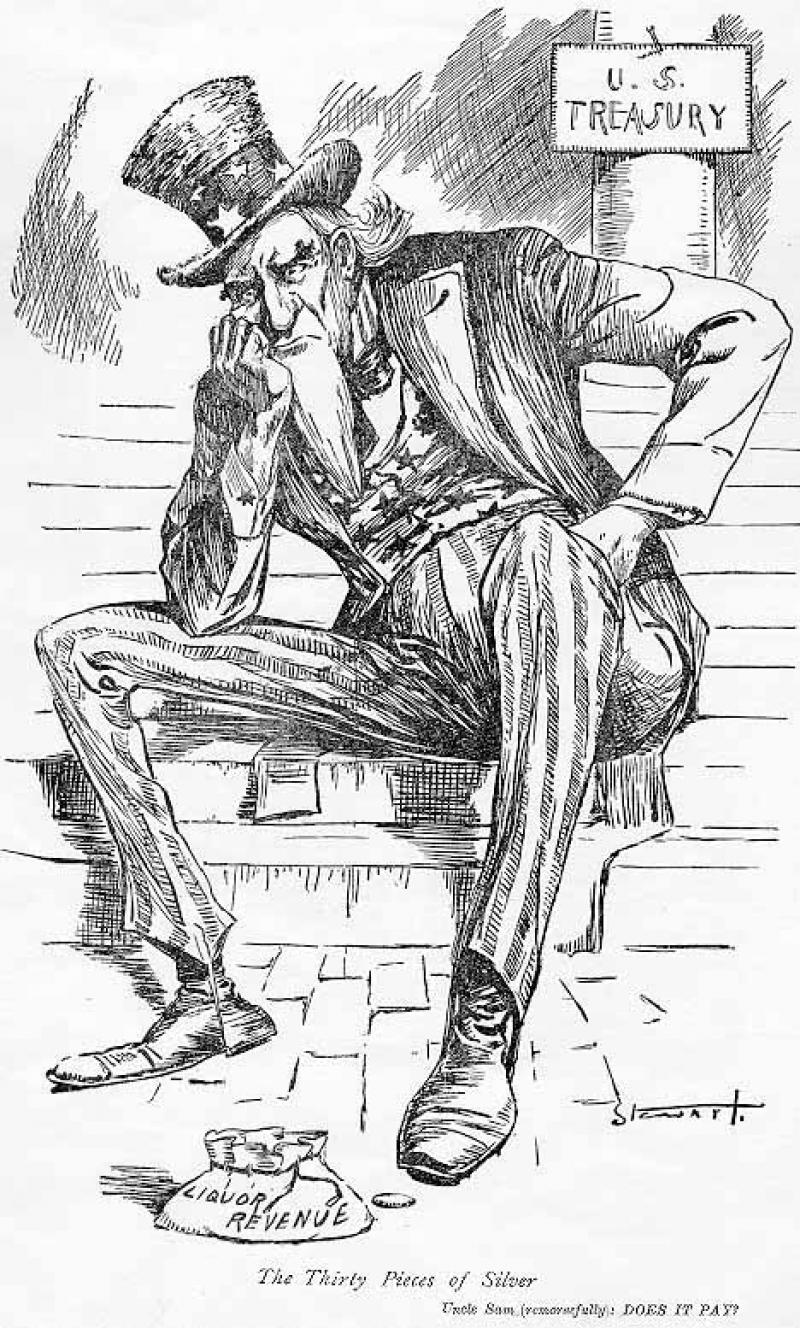 The Thirty Pieces of Silver
Uncle Sam (remorsefully): DOES IT PAY?

“Judas, the financier of the apostles of the Master, after having sold his Lord for a monetary consideration, under a compunction of conscience, committed suicide. This did not atone for the death of Jesus, but it did add dramatic interest to the great tragedy enacted on Mount Calvary.

This cartoon lays a Judas-like charge to the door of Uncle Sam, though it does not, of course, even suggest a similar ending. There is literal truth, however, in the cartoon’s portrayal.
The Government does sell the right to debase and debauch, and in certain cases to kill its own citizens. What is more, it gets the price, and in an amount that makes the paltry thirty pieces of silver look almost insignificant. No matter what the number or value of the pieces of silver received, the Government could better afford to forego them all than to assume the responsibility or take the consequences.
Mr. Steward puts what Josiah Allen’s wife would call a “dejected mien” on Uncle Sam. Well may he have a qualm of conscience. Repentance, however, is not in suicide, but in withdrawing the Government sanction to the sale of grog. Nothing can undo the wrong of the past. But the Government can set itself right in the future by refusing to sell the right to sell grog for revenue. That sort of conduct would iron every wrinkle out of Uncle Sam’s face.
The only party in all the land that proposes to take Uncle Sam out of the Judas business is the Prohibition Party.”
(from Prohibition Cartoons by D.F. Stewart and H.W. Wilbur, Defender Publishing Company, 1904)