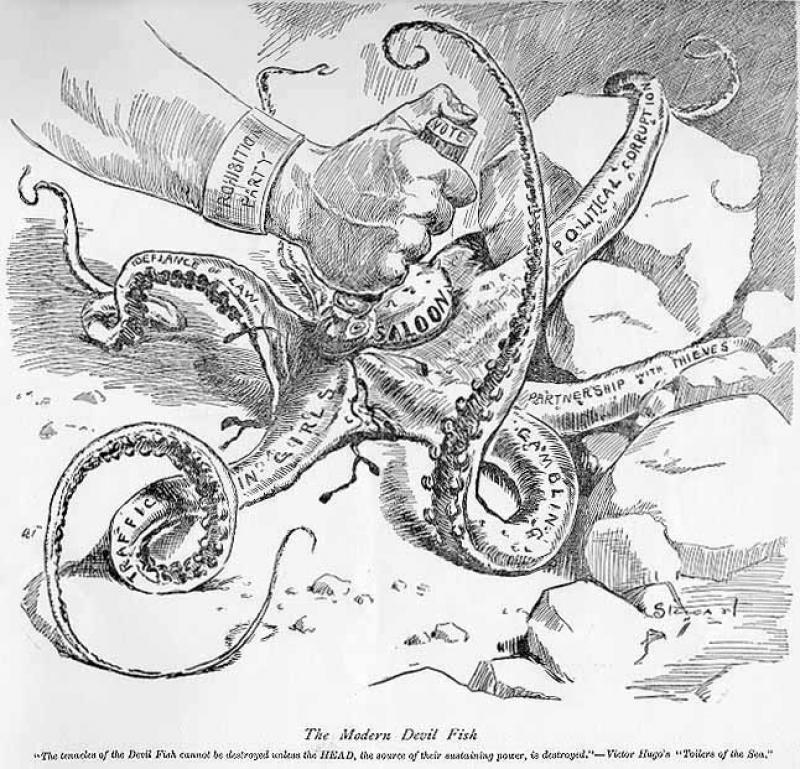 The Modern Devil Fish, "The tentacles of the Devil Fish cannot be destroyed unless the HEAD,
the source of their sustaining power, is destroyed." -- Victor Hugo's Toilers of the Sea

“Representing the liquor-traffic as an octopus is literally correct. It is indeed the devil-fish of our civilization, doing business, strange to relate, with the assent and consent of the Government, with just the merest disposition to occasionally try to nip a tentacle or put a drop of diluted blue vitriol on one of the monster’s ugly glands.

The octopus itself is scarcely sensible of the various guarded and indirect attempts to curtail its infamous, death-dealing effort. It is time reasonable people and responsible government stopped temporizing and trying to restrict and regulate this monster, with the idea that it can be made comparatively safe. While it lives it will draw to itself and devour some of the best life in the community.

Our national octopus can only be made to cease from troubling by plunging the sharp knife of Prohibition to the hilt into the seat of its vitality. In that process every citizen should have a hand.”