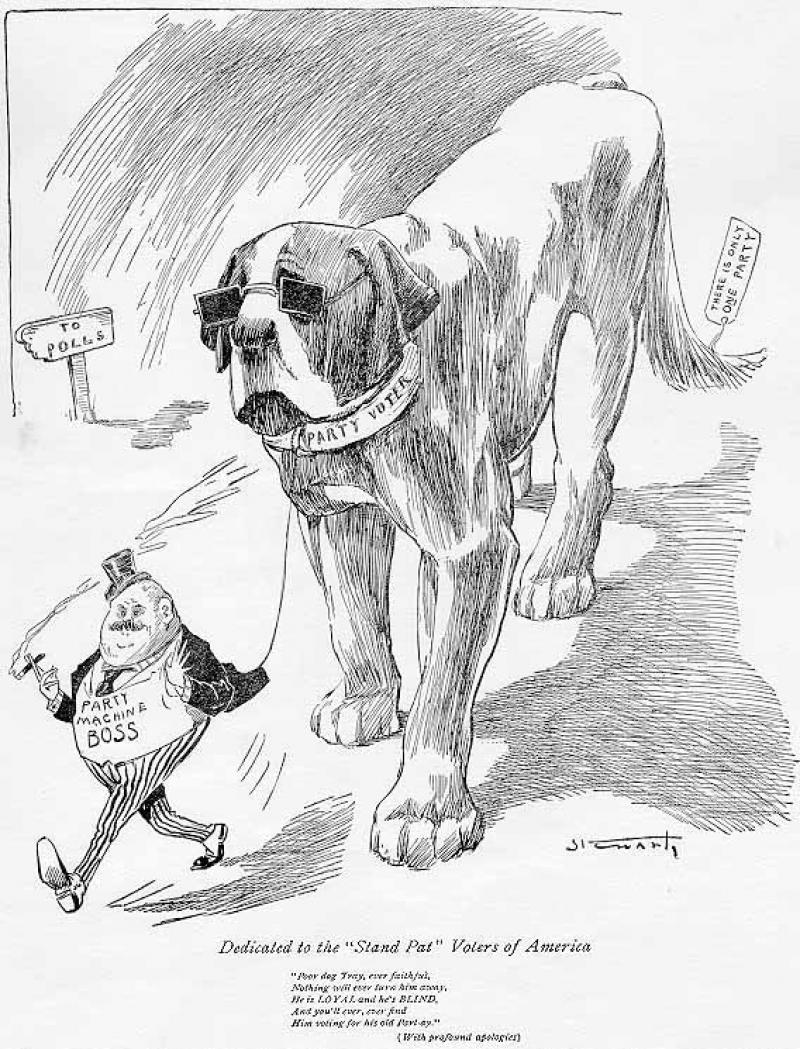 Dedicated to the "Stand Pat" Voters of America

"Poor dog Tray, ever faithful,
Nothing will ever take him away,
He is LOYAL and he's BLIND,
And you'll ever, ever find
Him voting for his old Part-ay"
(With profound apologies)

"The blind party voter, and the party-blind voter, pretty generally reside under the same hat. He can neither see that there is any party but his own, and he is equally blind to the faults and corruption of the machine to which he belongs.

This sort of voter is led by the party boss, wears the collar to which the boss’s string is attached, and does not know it.

A man of this sort frequently shouts loudly against the saloon, and then turns in and travels with the crowd led by saloonists like George B. Cox, of Cincinnati.

Train in the Prohibition Party, and the scales which make the voter blind will fall from his eyes."