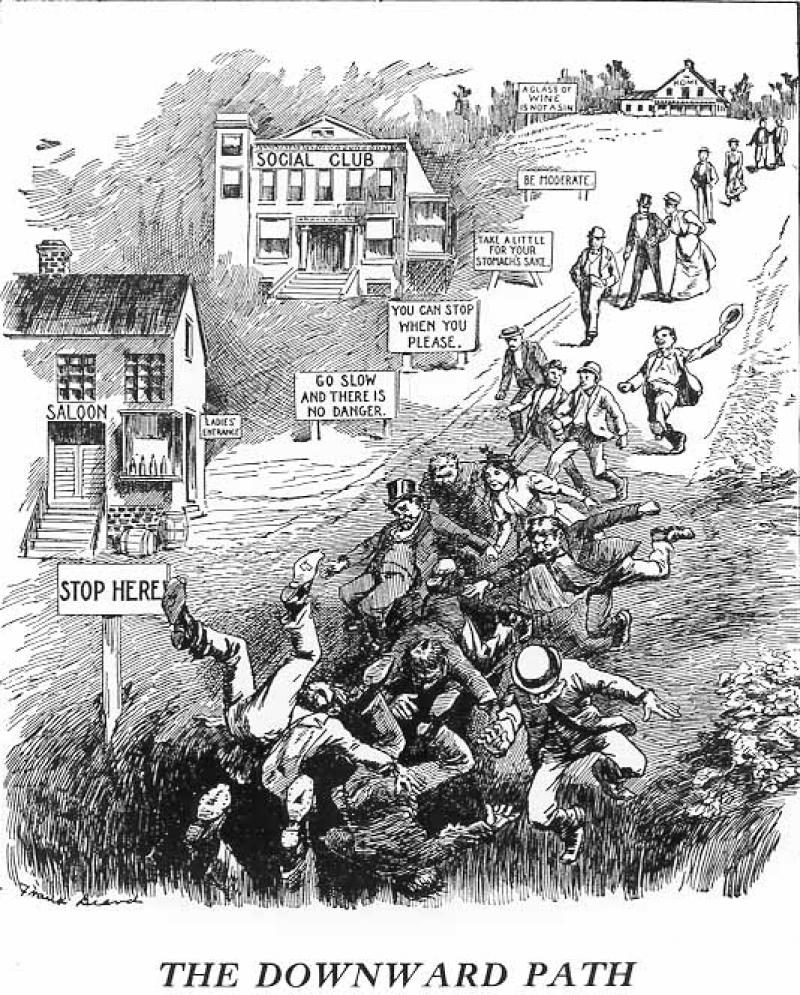 This Frank Beard cartoon shows the prohibitionists rejecting the arguments of those Americans who believed regulating the saloon and the liquor trades was the desirable policy. Prohibitionists believed that moral people could not compromise with the liquor traffic.  Here pleas for moderation and regulation inevitably led citizens into the abyss of the saloon and of drunkenness.