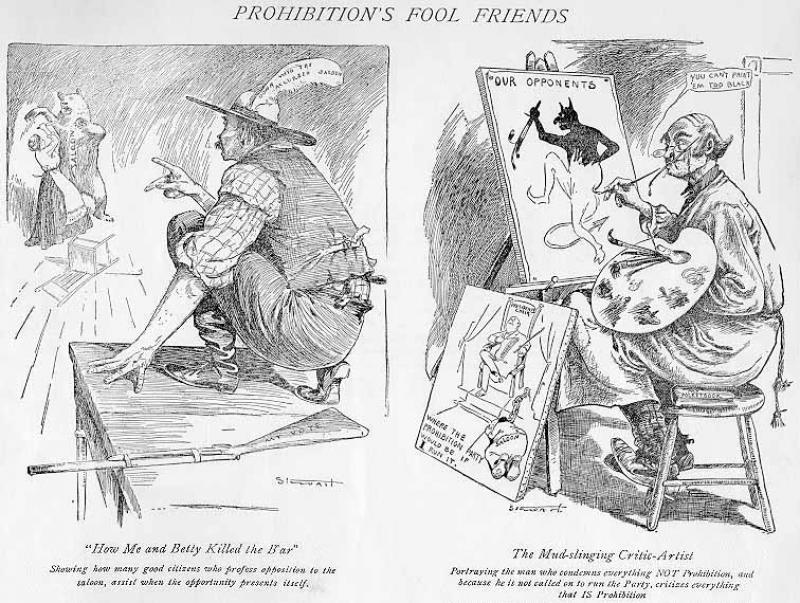 "How Me and Betty Killed the Ba'r"
Showing how many good citizens who profess opposition to the
saloon, assist when the opportunity presents itself.

The Mud-slinging Critic-Artist
Portraying the man who condemns everything NOT Prohibition, and
because he is not called on to run the Party, criticizes everything
that IS Prohibition

"The number of men who blandly assure you that they are “as good Prohibitionists as you are” would sink a ship. They represent all sorts of supposed good intentions. One class of our friends keep right on voting for the old parties and wishing us well. Another class vote the ticket when it is handy, but do nothing to help the party grow, and sleepily between elections say the Lord will do the business, and do nothing themselves.

Some of our own folks feel that they have done their whole duty when they have royally abused all the people who ought to vote our ticket and do not. While it may be that practically all rascals are opposed to the Prohibition party, not all who oppose the party or do not vote its ticket, are bad men by any means."