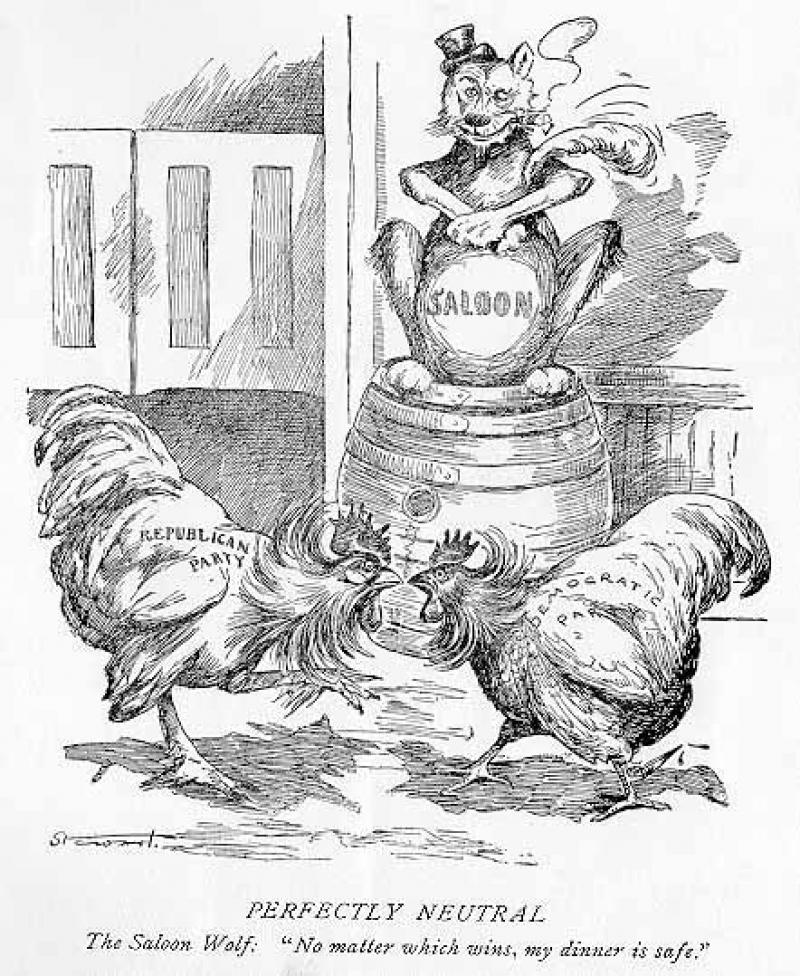 PERFECTLY NEUTRAL
The Saloon Wolf: "No matter which wins, my dinner is safe."

"Ever since the war the liquor wolf has perched himself on a beer barrel and smiled complacently while the contest between the Republicans and Democrats has gone on. He knows perfectly well that while the majority of the coutnry's citizens are absorbed in the existing partisan quarrel liquordom is safe.

It is of interest to the liquor traffic to keep up a mock contest between the Democrats and Republicans over the tariff, the currency, expansion and the like. In that way the fatal day when the people shall divide on the liquor question is postponed.

The Prohibition Party is the only thing which threatens to disturb the self-complacency of the wolf. His smile will surely come off when good citizens vote against grog in a grogless party."