Miss Willard in Marble
An Oration on the Late Francis E. Willard
by Albert J. Beveridge 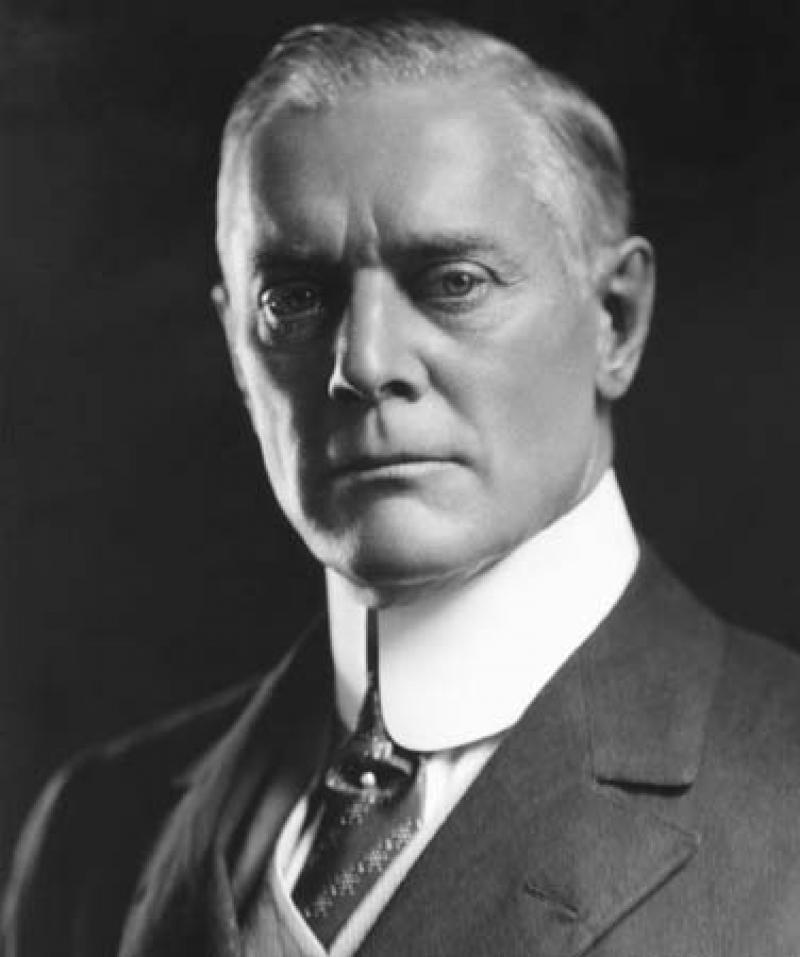 Frances E. Willard was the conscience of the nineteenth century incarnate. She proved that the most practical age of the word can produce the most effective idealist of history. She was like no other character, and yet like all the mighty ones of earth. She was Savonarola or Lincoln or Gladstone or even Disraeli in her practical sense, or any of a hundred of history's elect as situation revealed the numberless phases of her character. No other type is historically large. Greatness in a single quality is littleness after all. The eternal analogy holds, and only that character is satisfying which resembles nature in its infinity and variety. And Frances E. Willard was a consummate blending of courage and tenderness, of poetic idealism and of practical efficiency, of humor and pathos, of pity and resolve, of laughter and tears, of audacity and tact, of heroism and craft-child, woman, warrior. comforter, general, sage and seer-and the single motive of this peerless soul was the present salvation of the world. Her life was a poem, whose purpose was to prove that heaven exists hereafter by making human life angelic here. She was the spirit of the times working along the lines of righteousness. She was the spirit of salvation in harmony with the business spirit of the age. No matter how great, he who is not in tune with the life and methods of his time is merely wasted force.

This highest product of American life devoted her powers to morals. But she was a Napoleon of morals. She was an Edison of human character. She was a dreamer who achieved, a thinker who got things done. She knew that a thought is only an abstraction, only a possibility at best, and that nothing is effectual but a fact. She understood that execution is the final and only real test. Our age is creative. He who today is not a builder belongs to another time and race. This is the period of organization. The higher human intelligence, the more perfect human confidence, the more comprehensive and complete is organization.

Bismarck is the type of our time, the apostle of our age. Frances E. Willard was the Bismarck of the forces of righteousness in modern society. She was the greatest organizer of sweetness and light that ever blessed mankind. A single day of her effort was worth all the essays Matthew Arnold ever wrote. The Woman's Christian Temperance Union of the world is one of the marvels of the creations of constructive genius. Other great organizers have had something to begin with-a party, a government, an army, a treasury. But this queen of organization had nothing but her cause, her ability and her imperial will. Deeds alone are crowned by history, and so the life of Frances E. Willard will be counted royal to the end of time. She was the typical American character. She did not live one hundred years ago, nor one hundred years hence; she lived today; she wrought today; she made the world better at the present hour.

What are the elements of the typical American character? A courage which rises to daring, a keenness which penetrates like a sunbeam, an ingenuity and fertility of resource which have rendered the word "impossible" obsolete, the glorious optimism of faith, hope and charity acting in the human heart-are not these the significant qualities of Freedom's chosen people, and are they not precisely the distinguishing and world recognized characteristics of her we honor today? It is an ultimate utterance, I know, but to me Frances E. Willard is the typical American character. The poise of Washington, the creative mind of Hamilton, the political sagacity of Jefferson, the unyielding will of Jackson, the tenderness and human quality of Lincoln, and the purity of soul and thought and speech of the American home -- is not this the superb sum of qualities whom we knew and loved as Frances E. Willard? I can think of no quality distinctively characteristic of our people which she had not. She was a composite photograph of her countrymen. She was the nation in miniature. That is the divine secret of her matchless power.

Men say that we are a people of peace. It is a saying profoundly false. At heart we are the most militant people that ever bore a flag to victory. The American child asks for a uniform with the first words he utters. A sword is his favorite plaything, and the banner of the republic is his chiefest joy. Aggression is our inheritance. Combat is the command of our blood. Conquest of some kind-of business, of the forces of nature, of old abuses, but still conquest-is the note to which our hearts beat like drums. There is enough heroism in America today panting for opportunity to make history for a hundred worlds during a hundred ages. Part of this is due to liberty. Liberty is the opportunity and command for every individual to assert his cause. Assertion means combat. Frances E. Willard was all of this. Her entire life was one long campaign. Her warfare was as real as Gettysburg. The incident of bloodshed is not essential. Who that knew Frances E. Willard doubts that she was capable even of the physical daring of Admiral Dewey or the immortal young hero of Santiago, had circumstances so willed? And who that knew her, who that has studied her life and work, doubts the genius of generalship, of martial comprehensiveness and command coiled up in her woman's brain? Nothing proves her so true a type of American character as this; her life was a truceless warfare, a conflict of extermination even, and never a day did she know that, for her, the bugles of heaven sounded not the charge. And she died as history would have had her die, leading a forlorn hope to discharge a duty which only an angel's conscience could perceive to be a duty. Miss Willard was a universal character, a world force, an instrument of eternity. She was a cosmopolitan Puritan.

It is a maxim of practical politics that a permanent party cannot be builded on a single issue. This is a truth as broad as human thought and character. The Master illustrated it by teaching, not one but all the virtues. It is illustrated too, by the catholic life of this favorite daughter of liberty. She stood, not for a single phase of truth, but for all the truth. She was the advocate of the universally true and good. She was as comprehensive as the skies. If she gave especial effort to a particular subject, it was because she felt that it lay nearest to her hand and that God called her to do it first. What the hour and situation made a duty, that she did. But she was the teacher of all righteousness, the organizer of all purity, and the lover of all the world. The only lives whose memories will survive the destroying years, are the lives of those who have blessed the world-those who have brought healing and solace to their fellow men. "Come unto me all ye who labor and are heavy laden and I will give you rest," are the sweetest words that ever fell on human ears.

Life is too full of pain to linger over the deeds of history's monsters and fiends. Mankind will at last remember only those who have shed sweetness and beauty and joy on the weary world. Seen the list of these and tell me who stands nearer the ineffable One, than this gentle lady, who, in an age of iron and steel, founded an imperishable empire of affection.

And it is for these reasons, deep as fate and enduring as time, that Mr. Shaffer begs this university to accept this work of art that permanently reproduces the features of the glorious woman that America and Illinois and Evanston and this noble institution gave to the world, humanity and history. The lesson these voiceless lips shall teach to countless generations yet unborn will be the lesson of the age: "The doing of good is the highest good; being good is not enough."

Albert J. Beveridge (1862-1927) served as a member of the United States Senate, 1899-1911, from Indiana. This eulogy was given on the occasion of dedicating a marble bust of Frances E. Willard at Northwestern University.