The Woman's Crusade in Xenia, Ohio 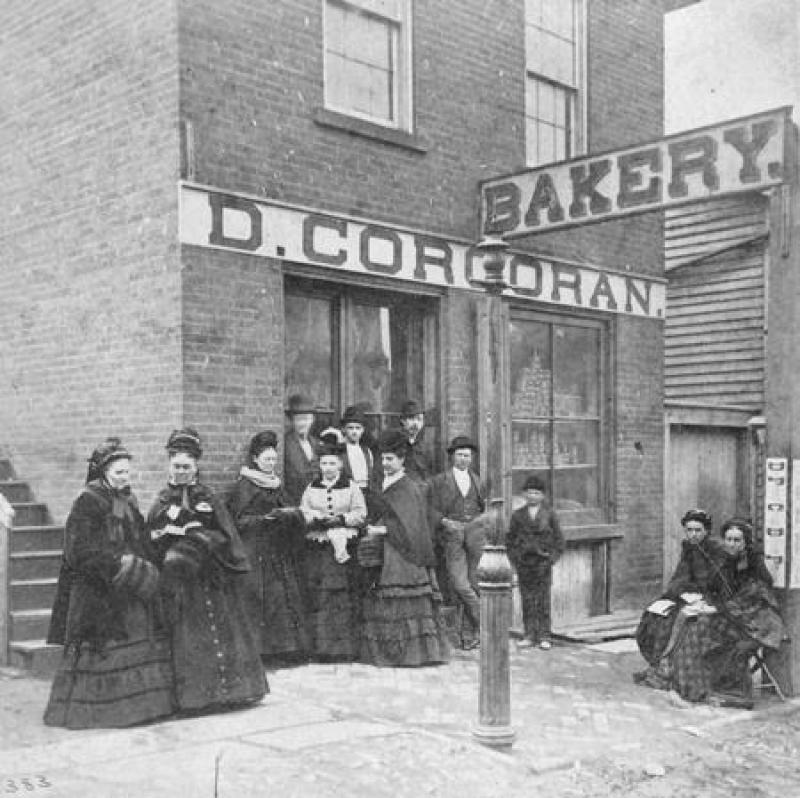 Photo: A group of women outside the doorway of the D. Corcoran Bakery in Mount Vernon, Ohio protesting the sale of alcoholic beverages during the Women’s Temperance Crusade of 1873-1874.

During the winter of 1873-74 the Woman's Crusade spread across much of the northern United States. Thousands of women turn out for demonstrations and prayer vigils imploring saloons to close, their owners to invest in some other line of business. This account is by a reporter who witnessed the crusade in Xenia, Ohio. (quoted in Mother Stewart, Memories of the Crusade, a Thrilling Account of the Great Uprising of the Women of Ohio in 1873, Against the Liquor Crime, Columbus: Wm. G. Hubbard & Co.: 215-16)

I had just returned to the hotel after this scene when I heard a great shout in the street, and soon after all the bells in the city commenced ringing. At the same time there arose a prolonged cheer from the Granger's Convention just across the street from the hotel, and it was evident that something unusual had happened.

Going out I saw crowds of people thronging towards Whitman street, and heard on every hand in joyful accents, "The Shades of Death [a saloon] has surrendered!" The good news proved true, and I found Whitman street thronged with people. A little before 3 o'clock, as it appeared from the general account, Mr. Steve Phillips, of the "Shades of Death," invited the ladies to enter, and announced that he gave up everything to them, and would never sell anything intoxicating in Xenia again. Then the ladies, joined by the spectators, sang "Praise God from whom all blessings flow," while the liquors were rolled into the street. A half-barrel of blackberry brandy, the same of high-wines, a few kegs of beer, and some bottles of ale and whisky were soon emptied into the street, amid the shouts of the enthusiastic multitude. The leading lady then announced that if Mr. Philips went into anyother business in Xenia, they should feel it a duty to support him. A dispatch was sent to the Grangers ( the State Grange was in session in Xenia at the time,) eliciting three cheers, and all the bells were set ringing in honor of the first victory. When I arrived the liquor had mostly collected in one depression in the street, and such a stench went up--"a rank offense that smelt to heaven,"--as made me think it a very fortunate thing for somebody's stomach that the liquor had been poured out. Of the women around, some were crying, some were laughing, a few alternatly singing and returning thanks. One elderly lady in the edge of the crowd was almost in hysterics, but still shouting in a hoarse whisper, such as one often hears at camp-meeting: "Bless the Lord! O, bless the Lord!"  She had the appearance of a lady in good circumstances, and a citizen informed me that she is ordinarily one of the quietest, most placid of women. One of her sons died of intemperance, and another is much addicted to liquor.

On every side nothing was witnessed but smiles, laughter, prayers, hand-shaking, and congratulations. The "Shades of Death" was considered by the temperance people as the "back-bone of the rebellion," and within twenty-four hours four more saloons surrendered. The movement continues with unabated vigor, and only twelve more saloons remain. Twenty-nine have been closed.